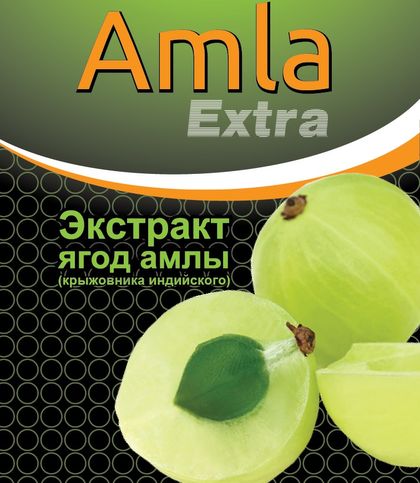 What is very interesting  in this company?  Are Ayurveda products (tea, toothpaste)  and  products based on Amla . Amla is a unique product of the Indian medicine. It is written in the ancient treatises that Amla is the plant the Gods talk to healing the ill ones. Amla is also called Amalaki or just  the Indian gooseberry. In India they make  therapeutic jam from it called Chavanprash, hair oil, revitalizing powders Churnas. It’s a strong antioxidant Rassayana, an elixir of youth,a  rich source of  vitamin C in nature.

But for those who hasn’t been to India it should be mentioned how the raw materials are collected, and how revitalizing products are produced and issued. The compositions of preparations are mostly vegetable. All the components depending on the direction of action are collected at a certain time , on a certain lunar day, afterwards the compositions are mixed and the ritual of praying and saying mantras is done by monks and Brahmans, i.e. these products are therapeutic not only for the physical but for energy health too.
The next very interesting product - is water filter on graphene made by the academician Petrik. I want to suggest your watching the video where you can see how Cola is cleaned to the state of clean and healthy water and the same with oil.

Saberry® is a light colored powder and is processed from carefully chosen, fresh Amla by a novel process, to retain the natural goodness of the fruits.

Saberry® from Sabinsa Corporation is standardized to contain a minimum of 10% β‐glucogallin and 50% gallates. Saberry® is the result of efforts to prepare an authenticated Amla extract, standardized using a valid biomarker, β-glucogallin. In‐house studies revealed that β-glucogallin is a more powerful antioxidant molecule, as compared to ascorbic acid.

Amla in the Ayurvedic tradition:

Amla fruits are regarded as an adaptogen. The term 'adaptogen' is used by herbalists to refer to a natural product that potentially increases the body's resistance to stress, trauma, anxiety and fatigue.

Amla is considered to be a "rasayana" herb in Ayurveda. According to ayurvedic texts, "rasayana" is generally used to rejuvenate the general health of the body, or aims at enabling the body's maximum potential.

Traditional Uses of Amla:
In India, the fruit is pickled with salt, oil, and spices, and also converted into jams and preserves. It is used as a primary ingredient in the ayurvedic rasayana tonic "Chyawanprash", and in the herbal composition "Triphala" where it is mixed with chebulic and beleric myrobalans.
The Science behind Saberry® :

The fruits of Emblica officinalis have been reported to contain low molecular weight hydrolysable tannins-emblicanin A and emblicanin B, along with pedunculagin and punigluconin. Low levels of β-glucogallin and other mucic acid gallates have also been reported in aqueous extracts of Emblica officinalis fruits. The fruits of Amla have also been considered rich in vitamin C content.

In 2006, Scartezzini et al proposed a reliable HPLC-DAD (High Performance Liquid Chromatography and Diode Array Detection) for identification and quantification of ascorbic acid, and further indicated that high antioxidant activity is due to a large percentage of presence of ascorbic acid.

The presence and quantity of ascorbic acid in Amla has however, remained a debated issue for a long time.

Revisiting Amla Chemistry:
To elucidate the bioactives responsible for the beneficial effects of Amla, and their contribution towards its antioxidant activity, scientists at Sabinsa Corporation chose to revisit the chemistry of the Indian Gooseberry.
Tannin Chemistry

The research team at Sabinsa Corporation developed a new HPLC method for the characterization and analysis of the various constituents of Amla extract.

From the various spectral investigations conducted it was concluded that, the molecule previously reported as emblicanin A is actually β-glucogallin

Similarly, the previously reported 2, 3, 4, 6-bis-(S)-hexahydroxydiphenoyl-2-keto-glucono-lactone (emblicannin B) is in fact mucic acid 1,4-lactone 5-O-gallate
Other molecules identified include gallic acid and mucic acid methyl ester 2-O-gallates and ellagic acid.
The studies summarized above, led the research team at Sabinsa Corporation to believe that β-glucogallin and mucic acid gallates are the predominant active molecules in Amla, and that these molecules are significant contributors to the healthy effects of Amla.

In order to ensure that there was no chemical degradation of any ascorbic acid, the fresh juice of Amla fruits was obtained and processed with optimum care. Various batches of fruits were processed under similar conditions and their ascorbic acid content evaluated.

A variety of Amla extract samples were studied and it showed either complete absence of ascorbic acid or trace amounts to a maximum of 4.0% w/w.

Based on scientific evidence, daily antioxidant intake should increase to 3,000 to 5,000 ORAC units per day to reach a significant antioxidant capacity in blood plasma and other tissues. According to the U. S. Department of Agriculture (USDA), current intake is about 1,200 units per day.

Brunswick Laboratory in Wareham, Massachusetts, evaluated the power of Saberry® using state-of-the-art tests. The suite of ORAC assays - ORAC, HORAC, NORAC, SORAC and SOAC – are validated tests to measure broad-spectrum antioxidant power. They are recognized as the premier antioxidant tests available today to the industry, and are used extensively by leading manufacturers.

The ORAC unit is expressed as micromole per gram or liter. The ORAC analysis provides a measure of the scavenging capacity of antioxidants against "peroxyl radical" which is one of the most common reactive oxygen species (ROS) found in the body.